On the morning Nov 27th, 2020, at Van Minh village, Tan Lam Huong commune, Thach Ha district, Ha Tinh province, The Charity Club Warm With Love organized the hand over of The second gratitude house for the household of Mr. Le Trung Thieu – an agent orange victim family. His family was deeply touched in this warm ceremony. 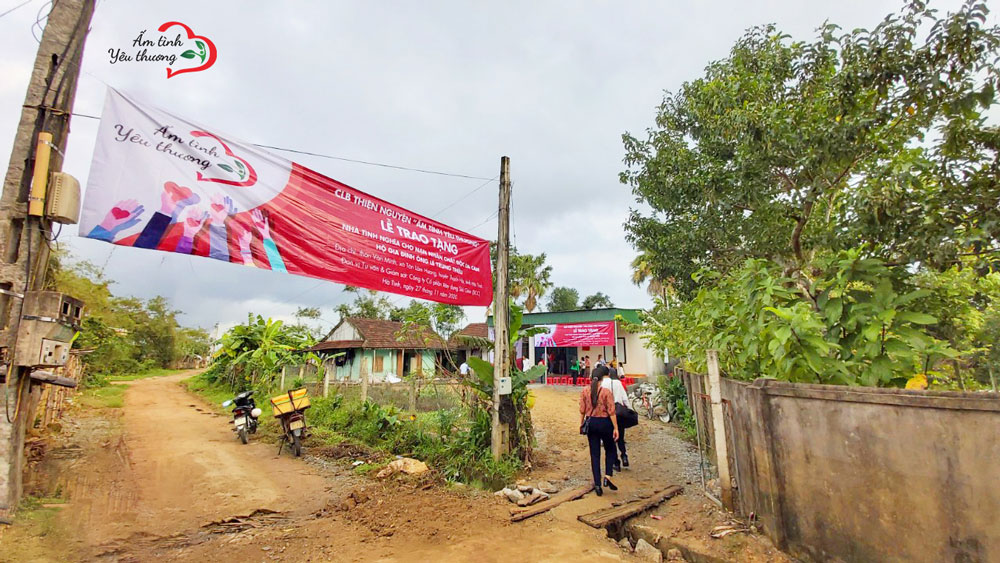 Right from the alley, the members of the club have thoughtfully prepared for the ceremony.

Attending the Handover and Donate Ceremony of “Gratitude houses for agent orange victim family” were present by: 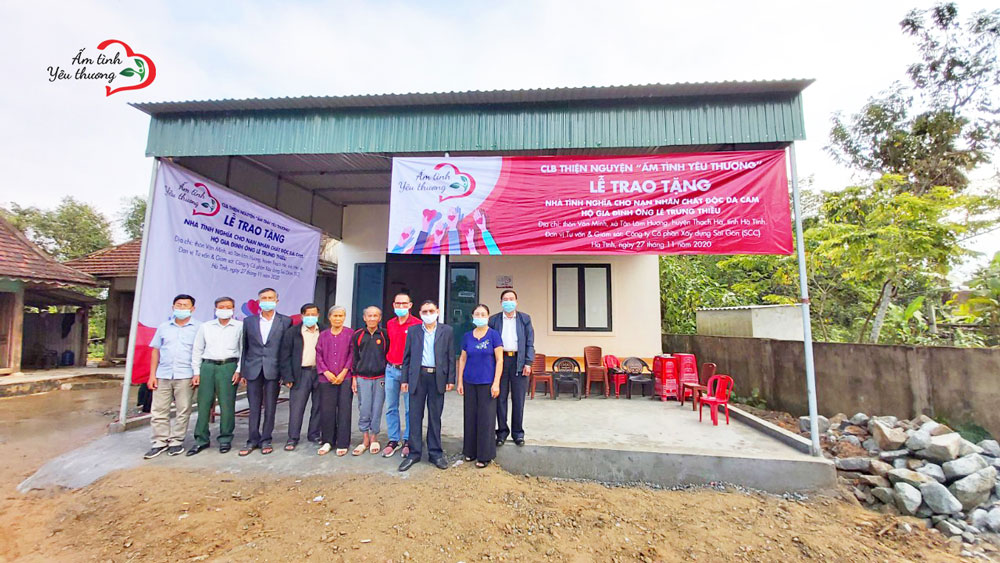 Attending the ceremony of giving the second house of the program “House of gratitude for victims of Agent Orange 2020” with the participation of representatives from all levels of local departments.

House of gratitude was given to Mr. Le Trung Thieu. His family belongs to a poor household of Van Minh village, Tan Lam Huong commune, Thach Ha district, Ha Tinh province. In addition to the difficult family situation due to having to take care of the mentally ill sons and daughters, the whole family of 6 now only lives on the meager state’s salary for the Agent Orange victims. Mr. Le Trung Thieu used to join the military and was a victim of Agent Orange after a peaceful country. He married and had 5 children, but 3 children suffered from Agent Orange indirectly leading to mental illness and the other 2 children had intellectual disabilities. Too much pain for the soldier who dedicated for the country. But his family still could not preserve all those poor 5 children. His family lost one son, and currently remains four remaining sons and daughters. The first son’s baby was also mentally handicapped, it’s the third generation. Thus, all 3 generations are affected by “Agent Orange”. 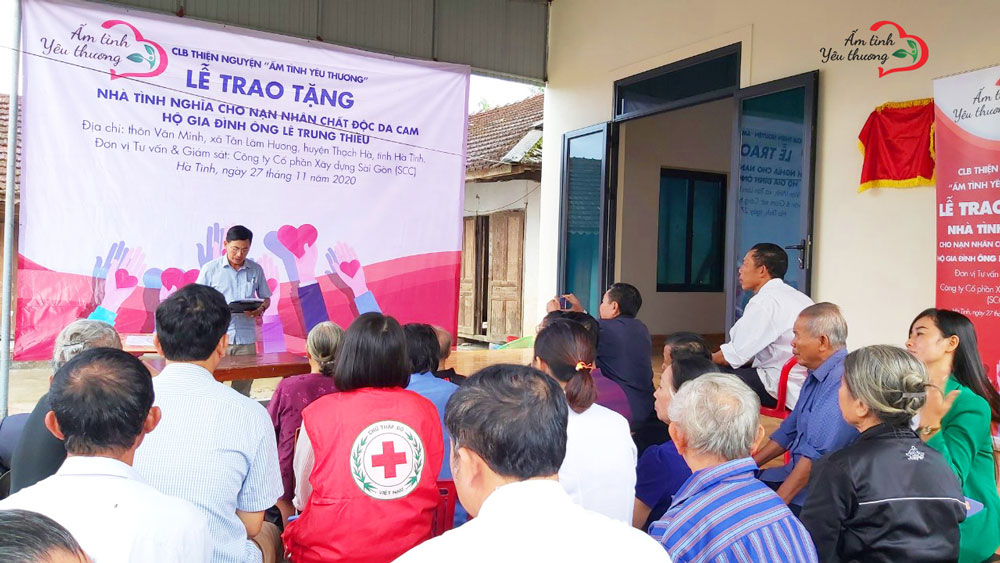 Representatives at all levels of local departments gave a speech about the Ceremony.. 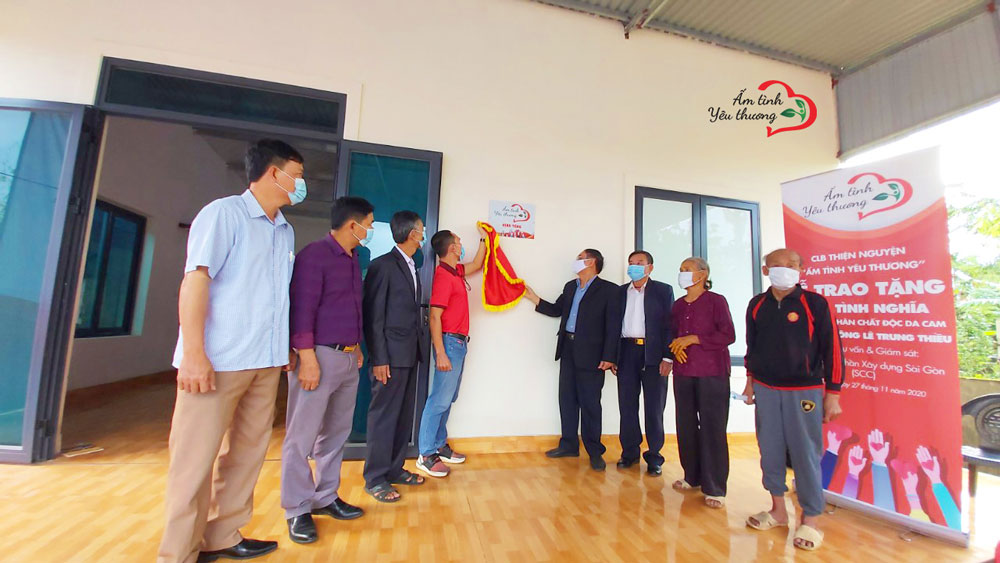 In addition, the Red Cross has also supported the monthly living expenses for Mr. Le Trung Thieu’s family with 1,000,000 VND / month throughout 2020. With this support, the whole family of Thieu could cover and overcome the difficulties in life in 2020. 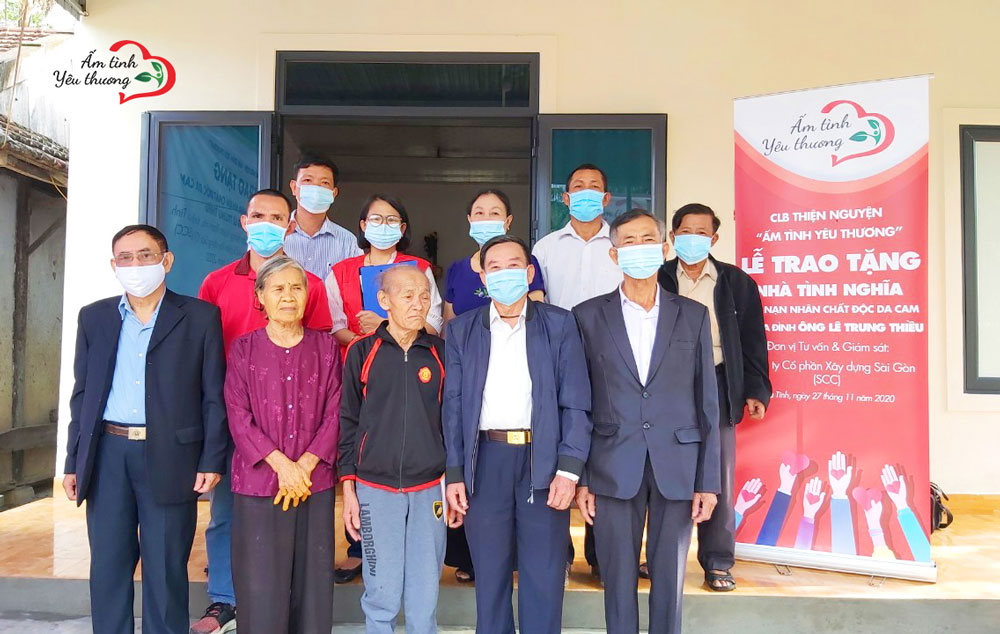 Mr. Le Trung Thieu’s family is the second family to receive a gratitude home under the program “GRATITUDE HOUSES FOR AGENT ORANGE VICTIMS 2020”.

The household of Mr. Le Trung Thieu is also the second household to receive the help of the program “GRATITUDE HOUSES FOR AGENT ORANGE VICTIMS 2020” that the charity club Warm Love is focused on implementing. Hopefully in the coming time, the club will receive more support from philanthropists, sponsors and golden hearts across the country to spread the spirit of mutual love, the spirit of good leaves protects the torn leaves for more and more families who are attached to “orange pain”. 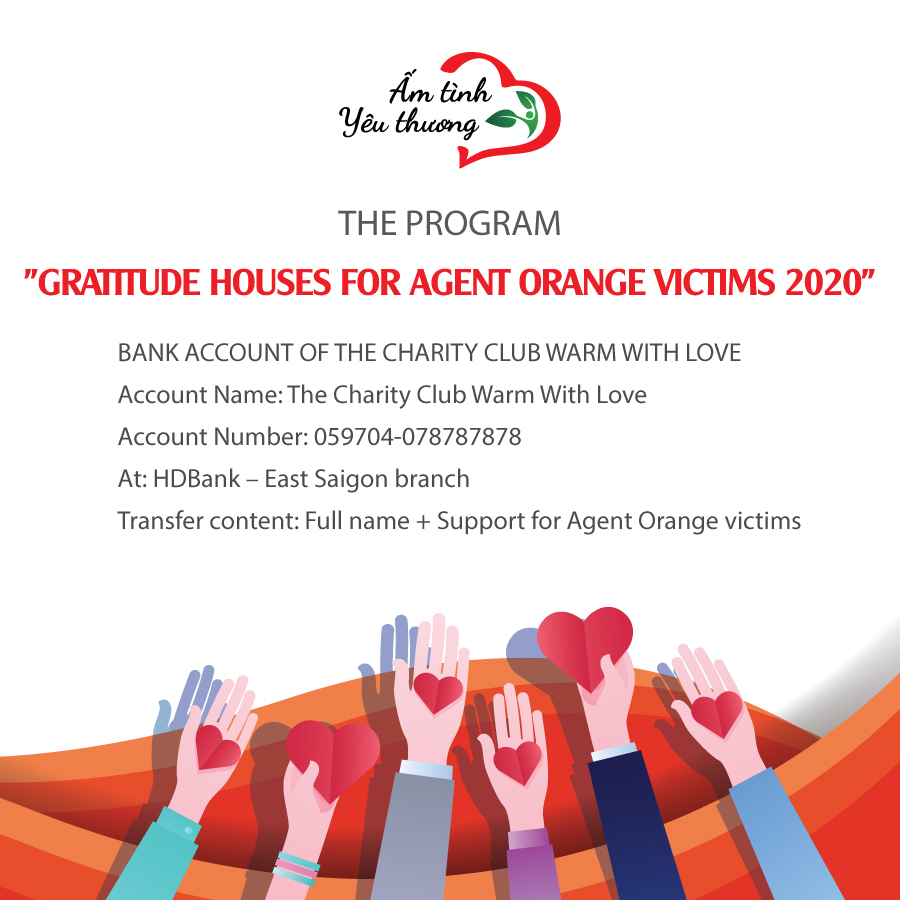 Sponsors who have generosity and want to contribute to sharing their love for the unhappy lives, please donate via club account.