In recent days, the rainy and flood situation in the central provinces has been complicated, causing great damage to people and property, seriously affecting the lives of people. In particular, in Thua Thien Hue province, there was a serious landslide incident causing 13 officers and soldiers of the search and rescue mission and many workers in Rao Trang 3 Hydropower area to be injured, and missing. 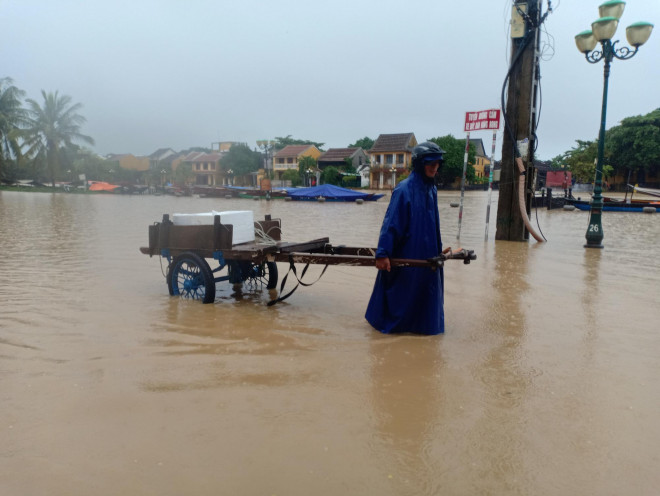 The flood situation in the central provinces is complicated, causing great damage to people and property, seriously affecting the lives of people. (Internet photo)

With the spirit of rushing every minute, every hour, racing against time and storms, the Charity Club With Love has extracted from the charity fund of the club and at the same time called for donations to make an urgent trip to directly support each locality called JOURNEY OF LOVE. Accordingly, 12 communes in the three “flood navel” provinces of Thua Thien Hue, Quang Tri, Quang Binh that the club grasped the situation, contacted to prepare necessary supplies for relief from October 19th to 23rd, 2020. Currently, all households in the flooded area are in desperate need of assistance with clean water, food, … 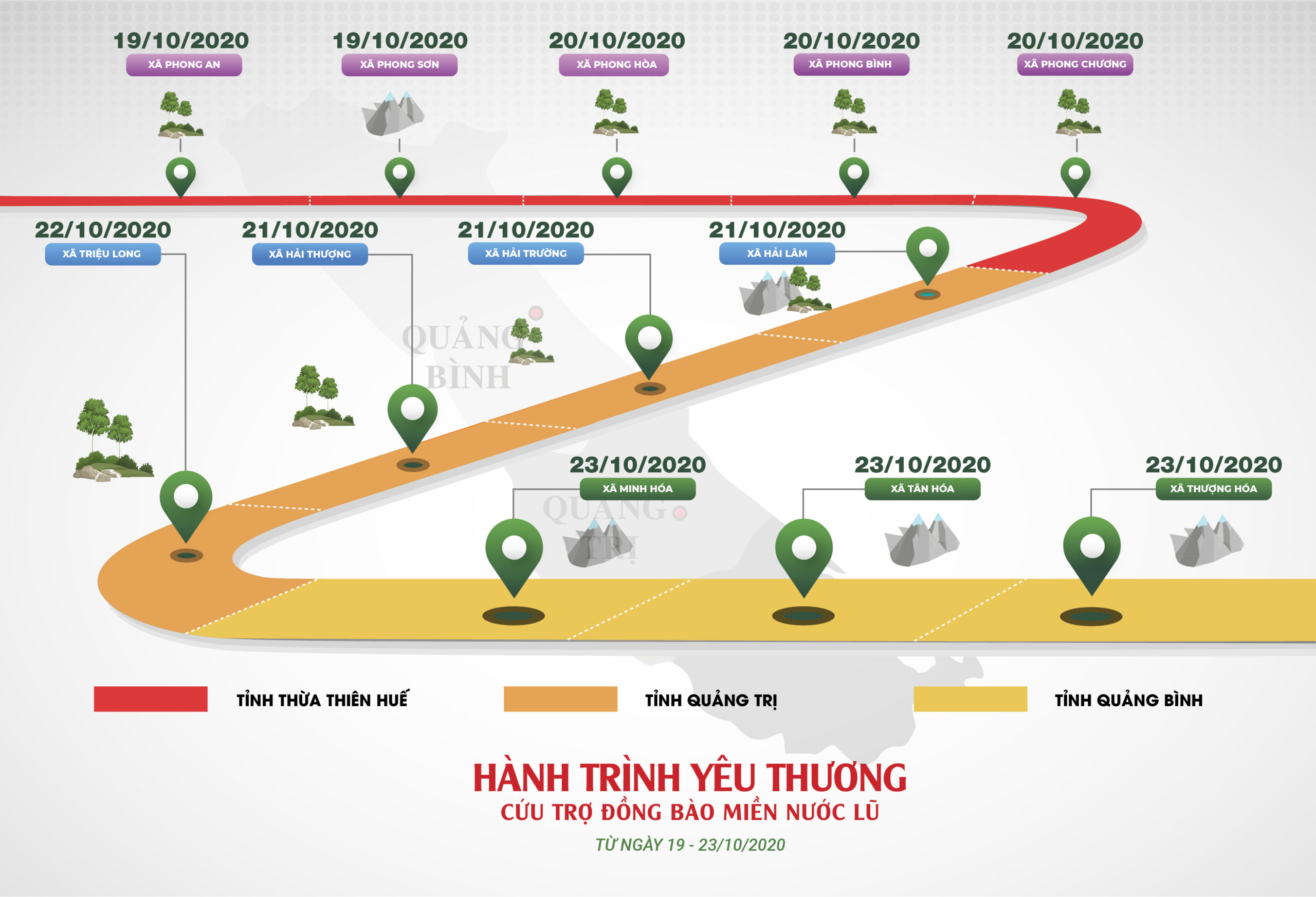 In 12 communes of 3 “flood navel” provinces, Thua Thien Hue, Quang Tri, Quang Binh, the club grasped the situation and contacted to prepare necessary supplies for relief during the period from Oct 19th-23rd,2020.

Floods in the Central region have caused heavy losses in life and property. Right now, the people in the Central region are buckling against floods, facing countless difficulties before harsh natural disasters. The club has a plan to call and mobilize to the maximum of all members and means to provide timely support to save people in distress areas.

The total amount of support for the “Relief gifts for the poor in ‘flood navel’” of the club in 3 provinces of Thua Thien Hue, Quang Tri, Quang Binh is VND 411,378,300. The Charity Club Warm With Love has received the support of 135 individuals and units and companies with the total amount raised of VND 348,270.000 according to the report at the end of October 17th, 2020 for relief activities for the people in the Central region during the tribulation.

Up to now, the club would like to announce 1,300 relief gifts to support 1,300 poor households in 12 communes of 3 “navel flood” provinces, Thua Thien Hue, Quang Tri, Quang Binh. The number of relief gifts increased than originally expected by the club.

A small relief gift is about VND 320,000, but it contains the love sharing and a spirit of mutual love from following people, friends, relatives and club members to the people in flood areas. Each relief gift includes essential foods to help people, including: 1 liter of cooking oil, 5 liters of purified water, 5-10 kgs of clean white rice, 1 barrel of 30 packs of noodles, soy sauce, dry food, condensed milk, fish sauce, shampoo, soap, candles … products are mostly ordered at Co-opFood supermarkets.

For those who were born and raised in the Central region, who suffered from “living with floods” every year, no one does not remember the historic flood in 1999. Up to now, the economic situation has not yet recovered and The COVID-19 epidemic is still lurking, the accidents, the dead and missing due to storms and floods in recent days make many people feel more sad and sad. This storm and flood in 2020 is even more haunting. The rescue work is being continued urgently by the forces. Club members are also urgently heading to the “flood navel” area to provide direct relief to the people in distress.

The club would like to thank the following people for their golden hearts and hope to continue to receive more and more contributions from the community during this relief trip so that the club can expand its relief activities to help more and more people. The club continues to call for more shared contributions from the community in order to expand relief activities.

These precious contributions will now be a great encouragement to the people of the Central provinces to overcome difficulties, vanquish consequences and quickly stabilize their lives.