17,250 CHARITY MEALS FROM THE CLUB WARM WITH LOVE HAVE BEEN DISTRIBUTED TO THE POOR IN THE ORDER ACCORDING TO THE DIRECTIVE 16th AND 12th OF THE WHOLE CITY

On Wednesday, July 28th, 2021, the Charity Club Warm With Love implemented the next roadmap of the program “Meal of Gratitude” to in the blockade and isolation area of Tan Thoi Nhat ward and Tan Thoi Hiep ward in District 12, in order to support the poor people who were being isolated and blocked there.

According to statistics of the Vietnam Fatherland Front Committee in District 12, as of July 26th, in District 12, there were 1,803 positive cases in the community, 349 quarantine points for medical isolation, resulting in 15,437 difficult households being affected.

The area of Tan Thoi Nhat ward and Tan Thoi Hiep ward is home to many disadvantaged households in District 12 such as street vendors, garbage collection, technology vehicles, mobile lottery ticket sales, and poor workers. Ho Chi Minh City continued to implement the distance according to the Directive 16th, even more stringent with the reinforcement of the Directive 12th, although actively contributing to the prevention and control of the Covid-19 epidemic, it has also led to a negative impact which severely affected the lives and jobs of the poor there. 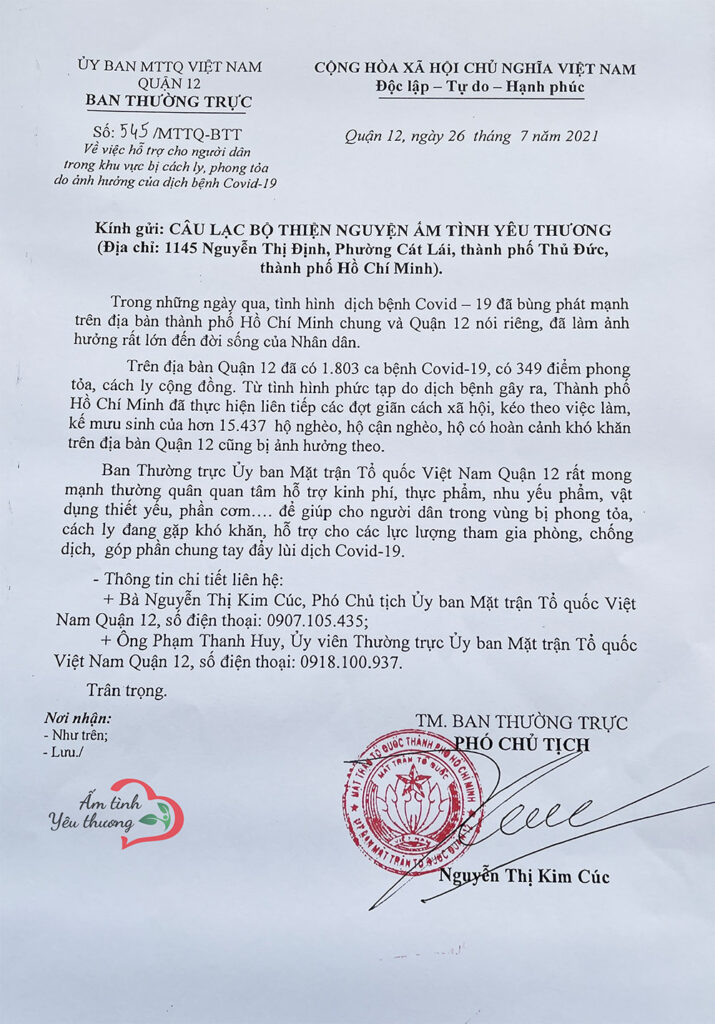 Although the increased distancing situation makes travel difficult, the 19th route of the “Meal of Gratitude” program on July 28th, 2021 was still quickly reviewed and approved and it went smoothly to support 1,000 charity meals for the poor in the blockade area according to the call from the Vietnam Fatherland Front Committee in District 12. 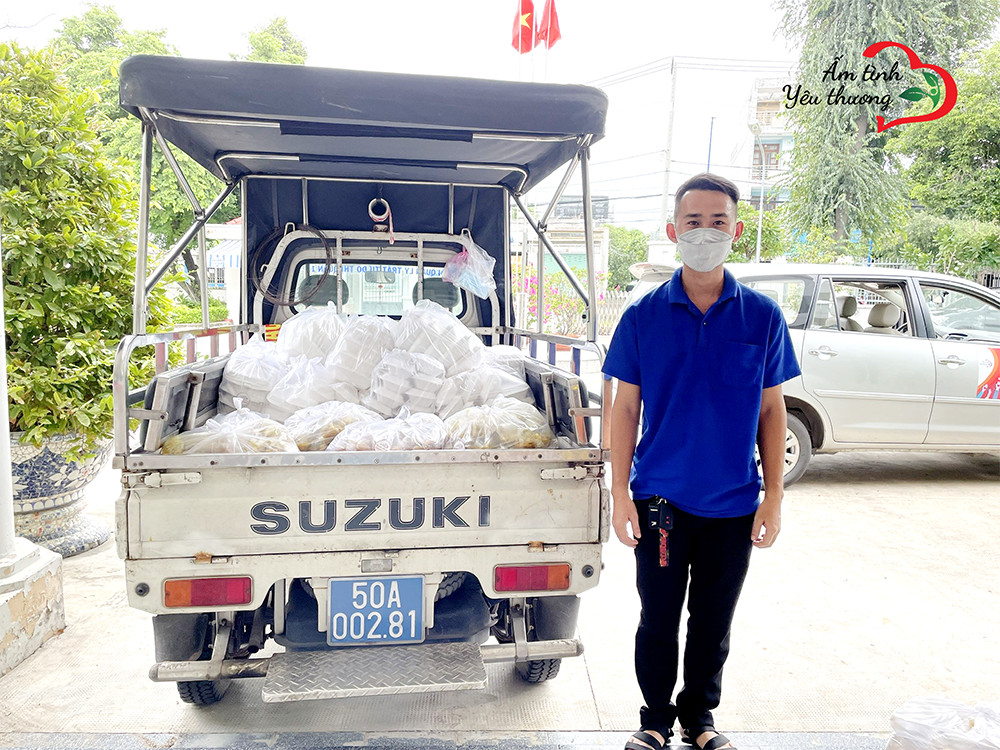 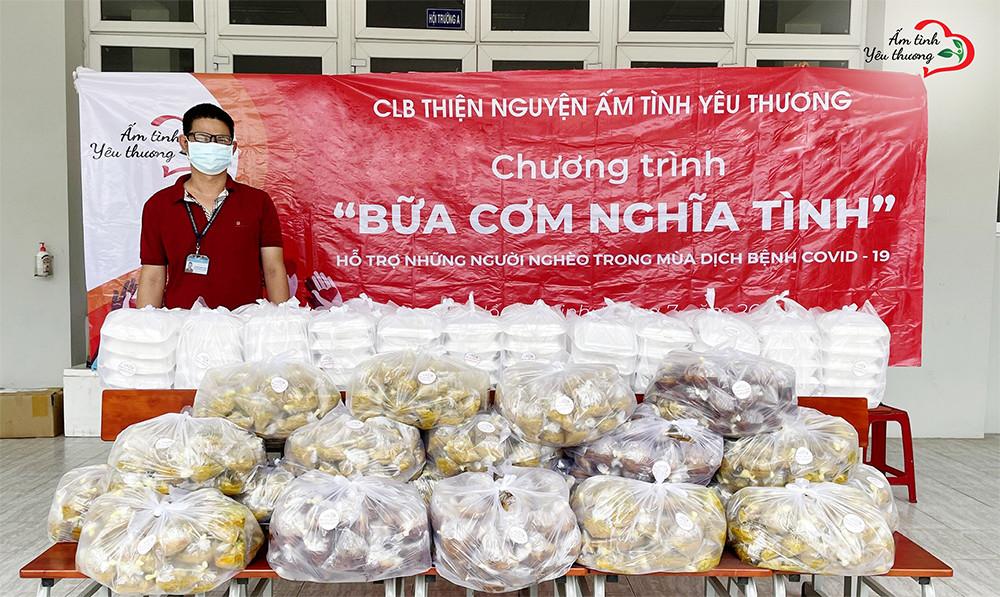 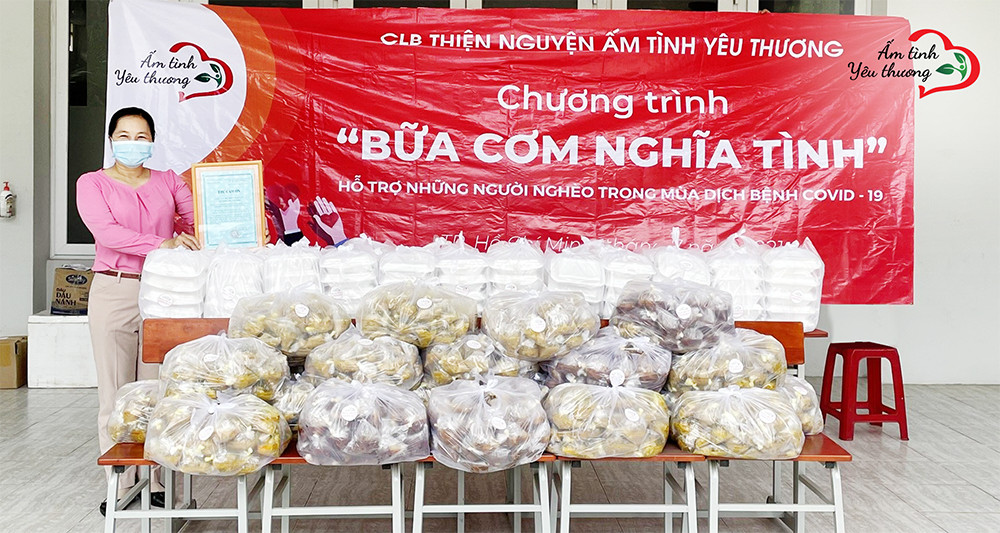 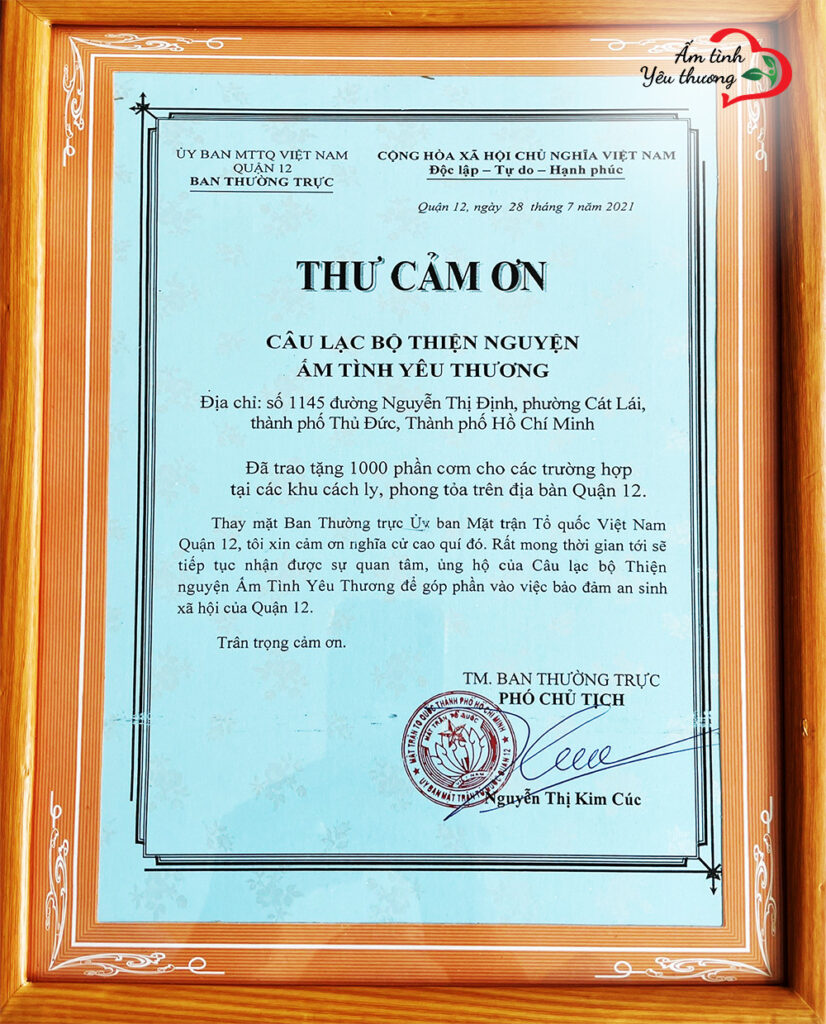 With each meal consisting of white rice, savory dishes and vegetables, up to now, the Charity Club Warm With Love has distributed to the poor during the city-wide lockdown under Directive 16 and most recently the increase of the Directive 12th received 17,250 charity meals with sufficient quality and quantity to help and support the poor people who have been severely affected by the Covid-19 epidemic in the isolation and blockade areas. 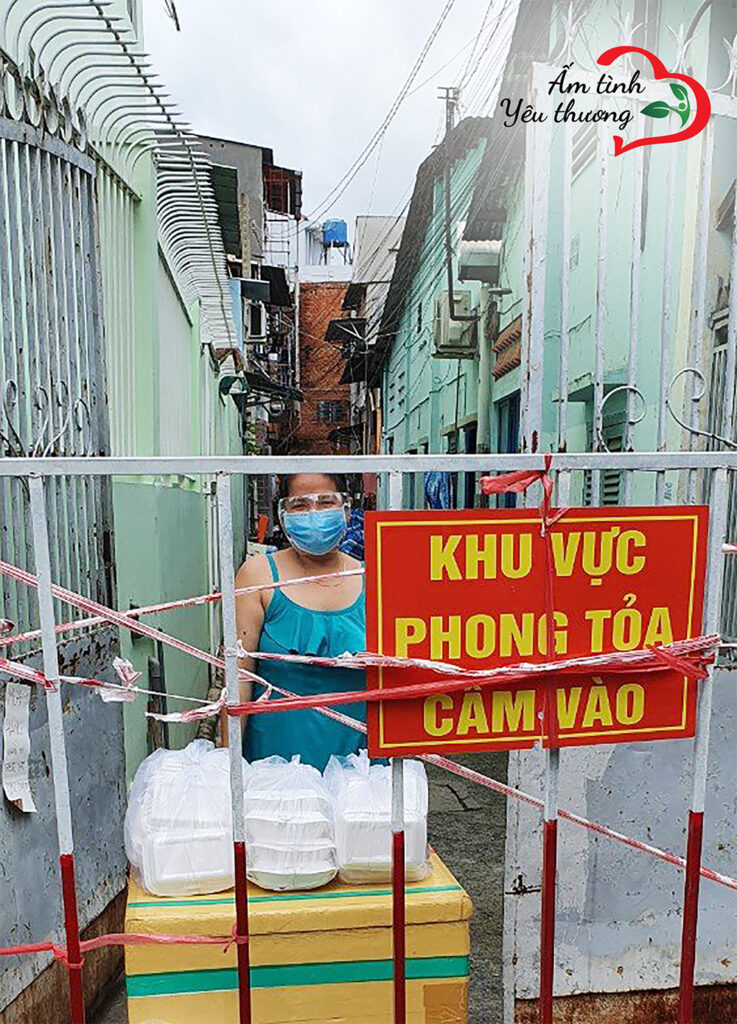