Visiting Mr. Ta An Toan’s family, the charity team learned about the difficult situation of his family when he had to carry on with a miserable livelihood but also faced the serious deterioration of his house after the last flood. Mr. Ta An Toan joined the army in battlefield B and was a direct victim of Agent Orange. Currently he is diabetic, his wife has been admitted to the hospital for necrotic bowel surgery 3 times, now also often sick. For the past 15 years, his wife has not been able to do hard labor, and the family with four children are poor and earn a living. All the burdens of a living in the house were now on his shoulders. The Club has decided to donate living expenses to support Mr. Toan’s family overcome immediate difficulties. 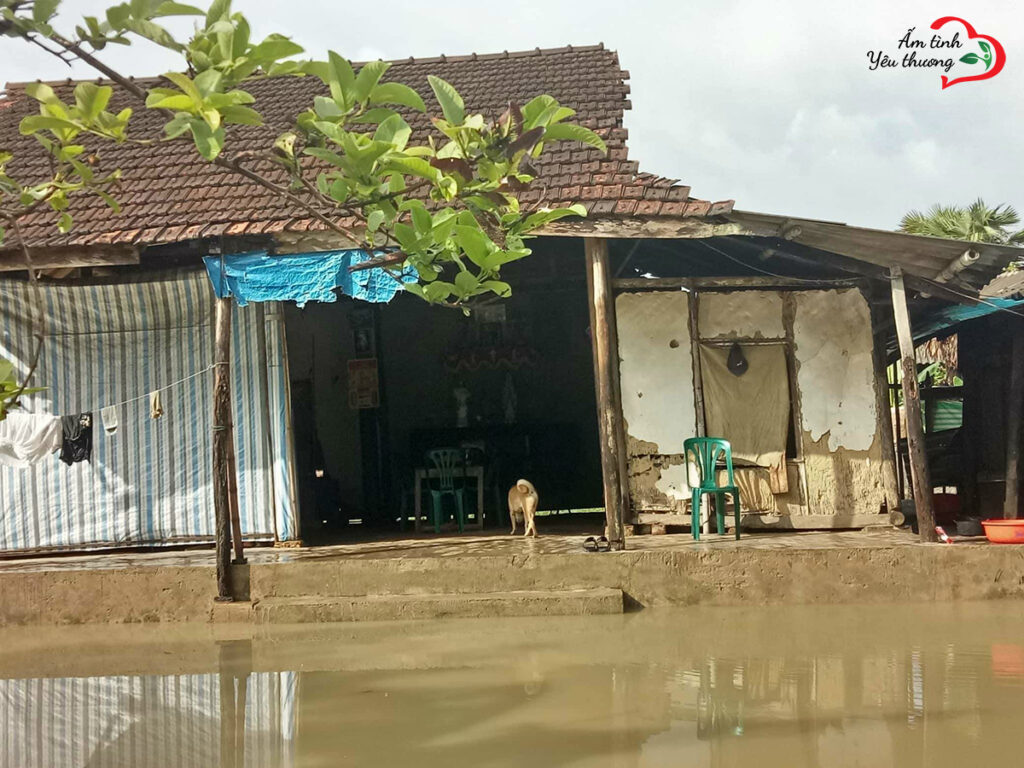 The old house of Mr. Toan’s family was seriously degraded after the last flood. 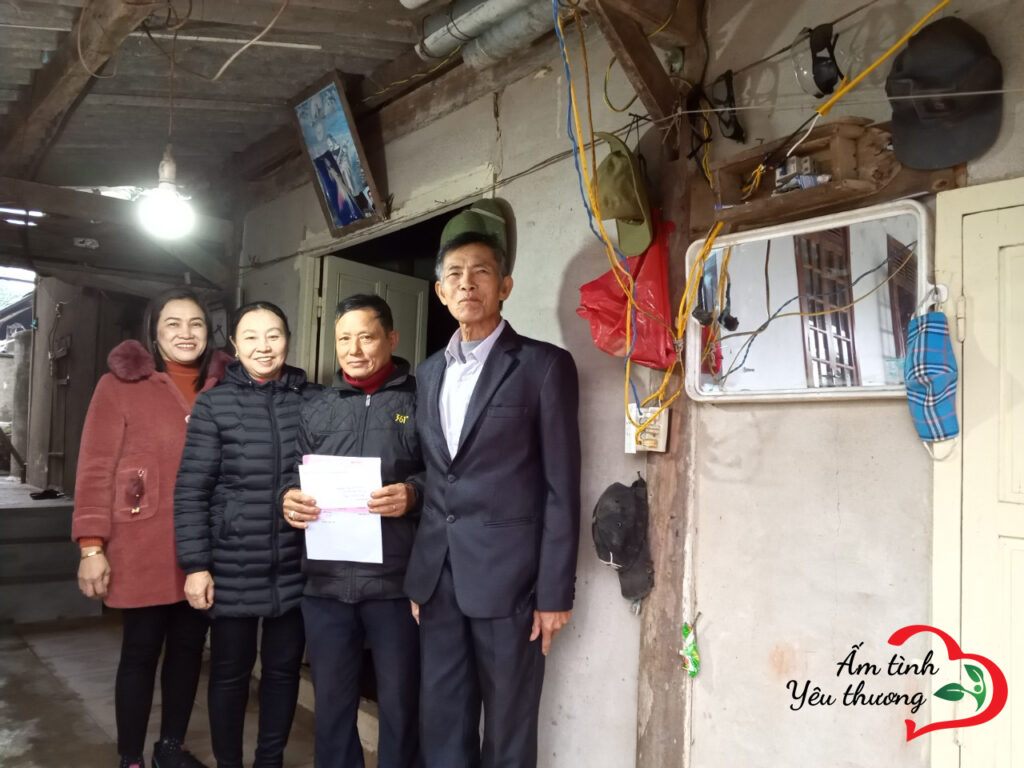 Hopefully, with this support, Mr. Ta An Toan’s family will be able to pay for a warm Tet and have more motivation to overcome the life ahead together. The club also hopes to have more golden hearts, donors join hands to contribute to the Charity Club Warm With Love to spread the spirit of “good leaves protect the torn leaves” to the community, bearing unhappy lives, especially those with meritorious services to the Fatherland, who have sacrificed themselves in peace of the country.